The Klamath River Renewal Corporation (KRRC) has entered into a dam removal design-build contract with Kiewit Infrastructure West Co. The initial award authorizes $18.1 million in preliminary services, with a further award for project implementation work to follow once design is finalized. KRRC was formed to take ownership of four PacifiCorp dams — J.C. Boyle, Copco, No. 1 & 2, and Iron Gate — and then remove these dams, restoring formerly inundated lands and implementing req

Santa Clara County to explore forming its own public bank

The Santa Clara County Board of Supervisors on Tuesday unanimously voted to explore the legality of creating a county-operated public bank in support of a California bill that, if passed, will allow local governments to form their own banks. Advocates say that public banks would help strengthen local institutions, keep public money within the local economy and finance public projects. “I think we have an opportunity for being able to use public dollars better and also comport

I bet you thought that law enforcement enforced our laws. In California 60% of the counties are run by Sheriffs and police chiefs that refuse to obey their oath of office—and prefer to protect criminals from foreign countries than make Americans safe in their homes and on the streets. “A recent review by Asian Americans Advancing Justice-Asian Law Caucus and the University of Oxford Centre for Criminology in England looked at the impacts of California’s sanctuary law. The re

The Florida Senate has passed a bill slated to ban so-called sanctuary city policies, and the state’s Republican governor, Ron DeSantis, is expected to sign it. The new bill, dubbed SB 168, passed in a 22–18 vote on April 26, with only one Republican voting against the bill. Republican Sen. Joe Gruters, who introduced the bill, said it re-establishes the “rule of law.” Sanctuary cities are locales that have enacted measures to prevent local officials from cooperating with fed 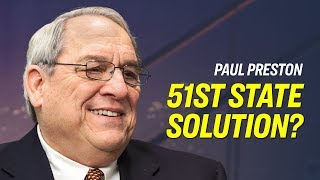 New California State (NCS) Yuba / Nevada Counties Committee Town Hall The NCS movement is in process of forming the 51st State of the Union following the Constitutional process (see Article IV Section 3 of the U.S. Constitution), the only legal and Constitutional pathway to a new state. Not since 1861 when West Virginia became a Union State have the circumstances been present to give rise to a new state. Since creating the NCS movement and declaring Independence on January 15

Pop icon Cher said Sunday that Los Angeles, California, “can’t take care of its own” residents, much less newly arrived illegal and legal immigrants. Cher said she failed to understand how the city of Los Angeles in the sanctuary state of California could afford to admit and take care of any more immigrants when city officials have failed to care for homeless, veterans, and poverty-stricken Americans. “I Understand Helping struggling Immigrants,but MY CITY (Los Angeles) ISNT

The error codes (N) of the Oroville Dam

Many New Californians in the Butte, Sutter and Yuba counties have expressed great concern over what they have been seeing error codes from the Oroville dam data exchange center's hourly charts from the Department of Water Resources. The error codes (N) started showing up on the charts April 12, 2019 at 3:00 pm pst. when the last reported elevation of the water in the reservoir was at 860.83 feet. By 4:00 pm pst the elevation was reported at 533.22 a drop of 327 feet in the

This is from you cannot make this stuff up file. SAN FRANCISCO (April 12, 2019) — City Attorney Dennis Herrera issued the following statement today regarding President Donald Trump's proposal to transport undocumented immigrants to sanctuary cities: "This just shows how morally bankrupt President Trump is. He wants to use people as political pawns. It’s reprehensible. Here are the facts: immigrants are actually less likely to commit crimes, sanctuary cities are safer and more

Trump weighs sending 'unlimited supply' of immigrants to sanctuary cities By Richard Cowan WASHINGTON, April 12 (Reuters) - President Donald Trump said on Friday he was considering sending illegal immigrants in the country to so-called sanctuary cities, prompting U.S. mayors to accept such an offer as the battle over border security raged. Frustrated by rising numbers of undocumented immigrants arriving at the southern border and a failure to get Congress to fully fund a U.S.
{"items":["5f81ae1c91754d0017413d7c","5f81ae1c91754d0017413d7d","5f81ae1c91754d0017413d7e","5f81ae1c91754d0017413d7f","5f81ae1c91754d0017413d80","5f81ae1c91754d0017413d81","5f81ae1c91754d0017413d82","5f81ae1c91754d0017413d83","5f81ae2036d5ab00179459f5","5f81ae2036d5ab00179459f6"],"styles":{"galleryType":"Columns","groupSize":1,"showArrows":true,"cubeImages":true,"cubeType":"fill","cubeRatio":1.3333333333333333,"isVertical":true,"gallerySize":30,"collageAmount":0,"collageDensity":0,"groupTypes":"1","oneRow":false,"imageMargin":32,"galleryMargin":0,"scatter":0,"rotatingScatter":"","chooseBestGroup":true,"smartCrop":false,"hasThumbnails":false,"enableScroll":true,"isGrid":true,"isSlider":false,"isColumns":false,"isSlideshow":false,"cropOnlyFill":false,"fixedColumns":1,"enableInfiniteScroll":true,"isRTL":false,"minItemSize":50,"rotatingGroupTypes":"","rotatingCropRatios":"","columnWidths":"","gallerySliderImageRatio":1.7777777777777777,"numberOfImagesPerRow":1,"numberOfImagesPerCol":1,"groupsPerStrip":0,"borderRadius":0,"boxShadow":0,"gridStyle":1,"mobilePanorama":false,"placeGroupsLtr":true,"viewMode":"preview","thumbnailSpacings":4,"galleryThumbnailsAlignment":"bottom","isMasonry":false,"isAutoSlideshow":false,"slideshowLoop":false,"autoSlideshowInterval":4,"bottomInfoHeight":0,"titlePlacement":"SHOW_ON_THE_LEFT","galleryTextAlign":"center","scrollSnap":false,"itemClick":"nothing","fullscreen":true,"videoPlay":"hover","scrollAnimation":"NO_EFFECT","slideAnimation":"SCROLL","scrollDirection":0,"scrollDuration":400,"overlayAnimation":"FADE_IN","arrowsPosition":0,"arrowsSize":23,"watermarkOpacity":40,"watermarkSize":40,"useWatermark":true,"watermarkDock":{"top":"auto","left":"auto","right":0,"bottom":0,"transform":"translate3d(0,0,0)"},"loadMoreAmount":"all","defaultShowInfoExpand":1,"allowLinkExpand":true,"expandInfoPosition":0,"allowFullscreenExpand":true,"fullscreenLoop":false,"galleryAlignExpand":"left","addToCartBorderWidth":1,"addToCartButtonText":"","slideshowInfoSize":200,"playButtonForAutoSlideShow":false,"allowSlideshowCounter":false,"hoveringBehaviour":"NEVER_SHOW","thumbnailSize":120,"magicLayoutSeed":1,"imageHoverAnimation":"NO_EFFECT","imagePlacementAnimation":"NO_EFFECT","calculateTextBoxWidthMode":"PERCENT","textBoxHeight":0,"textBoxWidth":200,"textBoxWidthPercent":50,"textImageSpace":10,"textBoxBorderRadius":0,"textBoxBorderWidth":0,"loadMoreButtonText":"","loadMoreButtonBorderWidth":1,"loadMoreButtonBorderRadius":0,"imageInfoType":"ATTACHED_BACKGROUND","itemBorderWidth":0,"itemBorderRadius":0,"itemEnableShadow":false,"itemShadowBlur":20,"itemShadowDirection":135,"itemShadowSize":10,"imageLoadingMode":"BLUR","expandAnimation":"NO_EFFECT","imageQuality":90,"usmToggle":false,"usm_a":0,"usm_r":0,"usm_t":0,"videoSound":false,"videoSpeed":"1","videoLoop":true,"jsonStyleParams":"","gallerySizeType":"px","gallerySizePx":670,"allowTitle":true,"allowContextMenu":true,"textsHorizontalPadding":-30,"itemBorderColor":{"themeName":"color_15","value":"rgba(38,38,38,1)"},"showVideoPlayButton":true,"galleryLayout":2,"targetItemSize":670,"selectedLayout":"2|bottom|1|fill|true|0|true","layoutsVersion":2,"selectedLayoutV2":2,"isSlideshowFont":false,"externalInfoHeight":0,"externalInfoWidth":0.5},"container":{"width":670,"galleryWidth":702,"galleryHeight":0,"scrollBase":0,"height":null}}
1
234